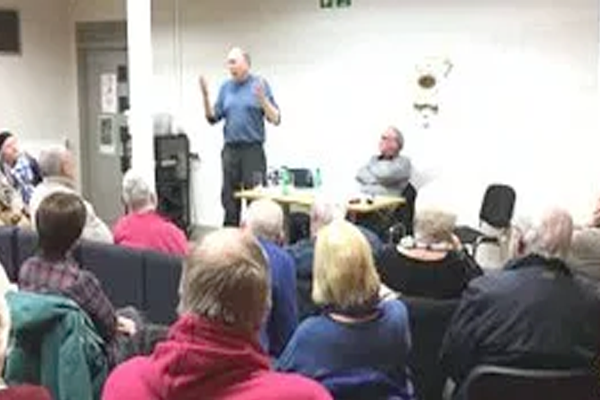 Our series of Branch Discussion nights continued and this time we were joined by long time SNP activist and former MSP Rob Gibson.